So taped up with my new blue kinesiology tape and route memorised, woeful build up firmly at the back of my mind, Ellie and I decided just to go for it and test out the new Robin Hood Half Marathon route. So that’s a 10 miler at the end of May, assorted 5kms to 10kms in between around the dodgy knee ( OMG I’m still on about it !!) , 9 miles last weekend and 13 miles this weekend …….good to go ! We said 11/12 miles this weekend, but ‘what the hell!’.

What can I say, respect the distance, follow a plan, build up gradually, don’t build more than 10% on to your distance each run. That’s all sensible, sound advice……..or if you’ve been injured and you’re middle aged and stubborn, just say “fuck it” and go for it!! You won’t be surprised to read that the sensible advice is right. I now know the route, dread the route, dread the event and wish I hadn’t bothered entering ……but I’m still not prepared to pull out ( seriously, how pig headed? )

First 2.5 miles are mostly up hill. I’ve never heard the pair of us huff and puff so much as our route passed the famous bronze of Robin Hood looking smug on his podium and headed up to Nottingham Castle. I do believe the two finger gesture evolves from holding an arrow on your bow ( yes I am a mind of useless information in a pub quiz), I really felt like returning the gesture too him as we neared the castle gateway. To think earlier this year we ran 10 times up and down the evil gradient of Selby Road like it was desert flats ! 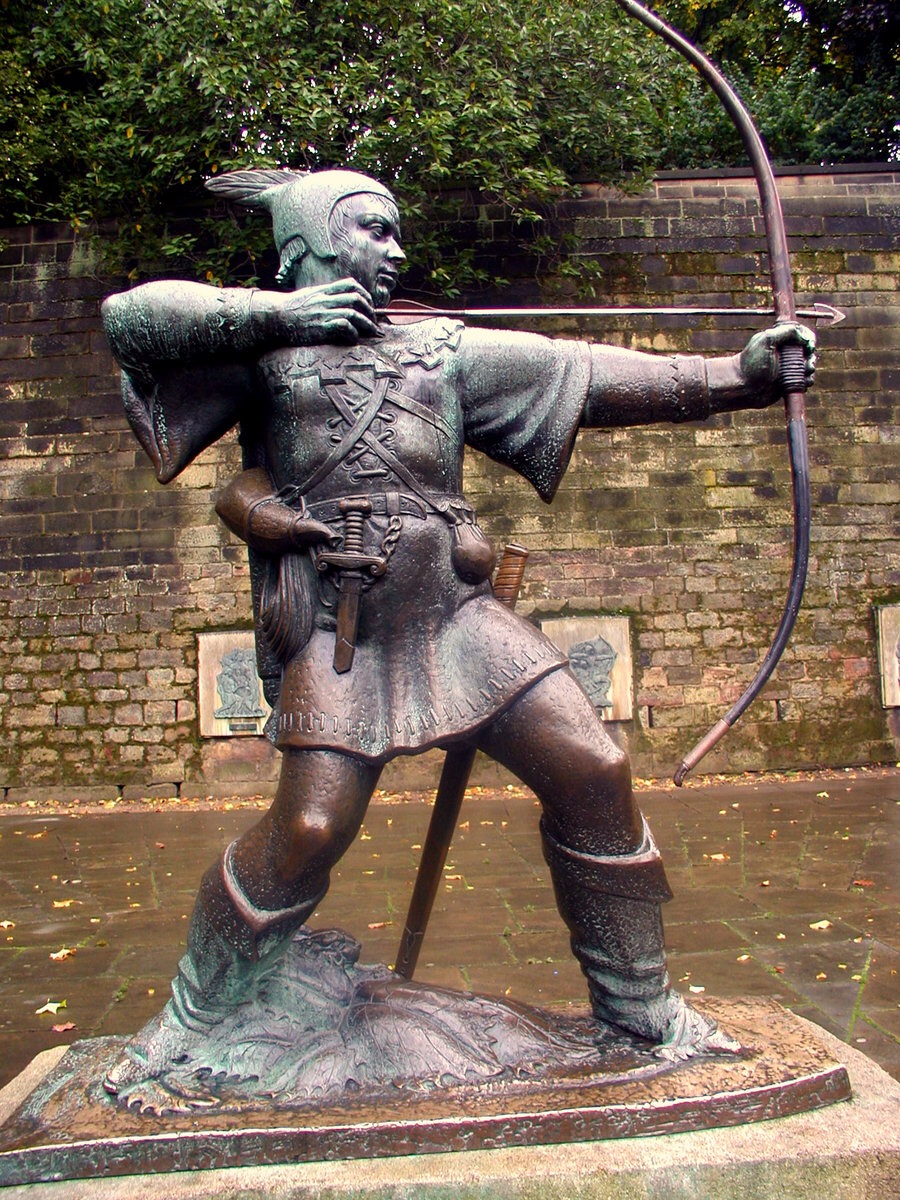 I had the roads in ‘The Park’ written on a piece of paper as its a while since I tried to navigate through this little urban enclave of paradise that is a hidden utopia on the edge of the city centre. Looking at the immense and beautiful Victorian properties, admiring the original and stunning architectural features couldn’t take our minds off the fact it was hilly as f—k! ….yet more middle aged huffing and puffing !

Relief down Derby road, let’s face it, what goes up has to come down at some point. We agreed though that the down is more painful than the up on decrepit knees and off we turned into Nottingham University’s wild and wacky Jubilee campus. It should certainly be eye catching for the the visiting runners. At that point Ellie informed me of a pending foot operation that she’d kept quiet. I knew she’d been having pain on long runs and it turns out it’s inherited ‘hammer toe’ apparently requiring surgical correction. How will we both cope with her lay off?

From there to Wollaton Park and the imposing Wollaton Hall ( Wayne Manor of the last Batman film no less) another one for the visiting runners. We inwardly freaked out at the thought of the scary hill up to the hall, but actually no sooner have you glimpsed the hall, you head out the park by a side entrance. Runners take a quick look at the hall,you barely get a glimpse!

Then it’s on to the main Nottingham university campus and the beautiful boating lake park. It’s the last hill of the route to as you head into the campus up a hill and back down again into the park, it’s an odd way in. The park marks the 10 mile point, the longest I’ve run since the end of May and the hardest I’ve pushed my knee for a few weeks. I was knackered, my legs felt very unpracticed at the distance…..we gave in and had a ‘walk in the park’ as this last practice session was proving to be anything but ! Ellie rustled up a gel which I normally refuse for just half distance but the mere suggestion that a little tube of orange gloop might just perk up my flagging energy levels was incentive enough. I’ve perfected the art of biting the top off, not dropping it and not getting the gloop on my fingers. It’s so sticky that if it ends up on your fingers, you can catch insects on them like fly paper for miles after. For a half, unless it was hot, a swig of water at the 6 mile mark is usually fine.

Well it is a lovely place for a walk !

We resumed the trot as we came out of the park detemined to run to the end. It’s that 10 mile mark where you have to keep thinking ‘just a 5km now,that’s easy !’ It’s a double back route now, retracing your steps towards the city centre and the last segment is the same as in previous years. Never before have I been so relieved to see my car.

I’m not sure the dry run was a good idea, my knee held out but it brought my overall fitness into question. I never normally feel any need to run a route ahead of a race. I might read a route synopsis, or glance at a map but I’m happy to take what comes on the day rather than stress about the bits I didn’t like and don’t want to repeat. It’s made me dread the actual race more, I wish I hadn’t entered let alone tried the new route.

In 2011 I ran my first ever half marathon in a respectable 2.11 and I was really pleased with last year’s PB of 1.54. Let’s just say Saturday’s effort was slower than that very first time, I’m too embarrassed to say what. When I entered, I was fit, ready and enthused. I put us both in the red pen with the club runners. Now we have the shame of actually having to start there, up front and watch those around us and probably those in the pen behind, thunder past. I should have been (contraversial terminology alert) in the rabble pen at the back. I’ll be the slowest representative of HPP, I can’t hide from the published results but I’m not wearing the vest, although any supporters will have gone by the time I pass.

Tempting is to risk a first outing of the ‘purple’. I finally purchased a Notts Women Runners vest ( my second club) to wear as a helper at beginners sessions, it’s tempting to run in that, I know the ‘purple army’ are going to be out in full force and definitely a supportive crowd, I might need every cheer to keep going.

So there’s no more long runs, I do know not to make that mistake and cram the miles in in the final fortnight. Ellie and I won’t talk during the real thing, that might help, apparently if you talk it deprives key muscles of oxygen. We hadn’t seen each other all summer so had loads to catch up on. Maybe it slowed us down.

The weirdest thing of all is that my knee on Sunday and Monday has felt the easiest it has done in weeks ? What’s that all about ? Did the kill or cure approach work ? Am I in denial, did I push it so hard the adrenaline is still masking the pain ? Is blue KT tape more effective than black ? Will I wake up with a knee like a balloon tomorrow ?

I just want it over and I’m not entering anything else to my knee and my mind are in a better place. Robin Hood I shall raise my two fingers to you !