No really, it is….hard weighty ones, large, slightly flaccid ones, huge brightly coloured comedy ones, ones with handles to get a good grip, totally deflated ones like bean bags. I didn’t think a load of balls was just what I might need to try to inject some post mara fitness mojo. But as my ‘get up and go’ has most definitely ‘got up and gone’ I’m up for giving something new a try.

The mara killed my mojo

I usually love the gym, it’s always been a regular in my routine, but lately it’s all been about running. Alas the rest period has left me feeling fat, flabby and in need of some serious toning. The timing of ‘too much running’ though was actually pretty good as my local David Lloyd has undergone a multimillion pound refurb. These projects have got to be done and no doubt we’ll all love it as the final bits are unveiled this week, but it’s been hugely disruptive and caused much changing room muttering at the decision to offer no concession to fees or any recompense at all for the disruption. In fact, fabulous though it’s all now looking, we now all await the hike in fees to cover it all! The forward thinking sensible ones suspended their membership, but me, like other less organised souls, just paid up as usual and stayed away !

So time to make the most of the new look facilities and get back to my biceps as well as my legs. I can continue last year’s mission to improve my lazy ass and get my glutes actually firing on all cylinders. It was time to investigate the new gym and what it might offer.

So I found lots of lovely new multi gym equipment …..check…..I know what to do with that! An odd relocation of the free weights into two separate areas…..check…..I know what to do with them. Not sure on the criteria needed to choose which area to use though ( one with more space? One with hottest collection of guns already in motion? ) I shall have to decide. There were a few new CV machines….check…..fairly self explanatory although I am taken by two new hugely expensive treadmills that burn 30% more calories as you drive the belt solely by your own momentum, with no electricity to them at all. Now they are weird. I need to look more closely though, it crossed my mind we could be unwittingly being used to generate electricity for the club by using these, I might look out nearby for a cunningly disguised turbine!

All hail the new toy though, it’s the Cross Fit multi gym. It looks like something out of playground or maybe something borrowed from the monkey enclosure at Twycross zoo; I haven’t laughed so much in the gym in ages. You can throw the heavy balls at a trampoline and watch out as they come back at you a bit sharpish, you can slam the flaccid balls on the floor ( sorry if that made you wince, it was good fun) , you can do sit ups with the handled ones and you tie weights round you waist and try to run forward and pick up the deflated but heavy ones!

I haven’t had a chance yet to do much with the huge, brightly coloured comedy ones. Apparently I need to wait for an empty squash court and hurl one high up on the wall and catch it in a squat position several times. As the squash courts have had a repaint and a refurb I’m not sure the management will be thrilled with that suggestion! 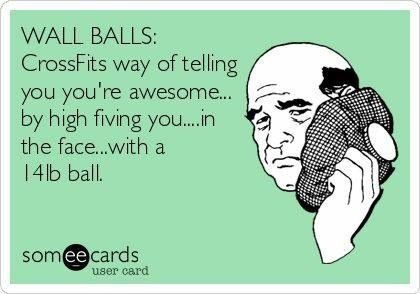 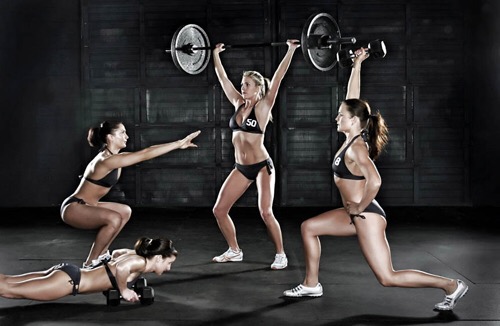 Couple of weeks to this I reckon ! …No way I’m going to David Lloyd in my bikini

Some of the new playground gear is reminiscent of ‘Worlds Strongest Man’ if you’ve ever watched that on TV. Leaning forward ready to go with weights round you waist feels like the truck pull….it’s ok once in motion. Except I’m probably struggling trying to move the equivalent weight of one truck tyre! Then there’s actually a pretend tractor tyre that you squat and turn over several times, turn around and and come back again no doubt pretending your racing a Scandinavian strong man in a lane next to you. 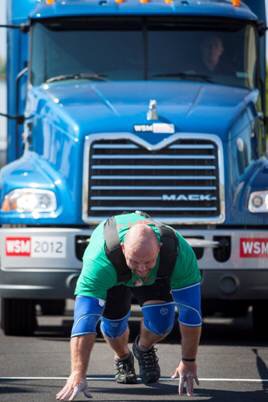 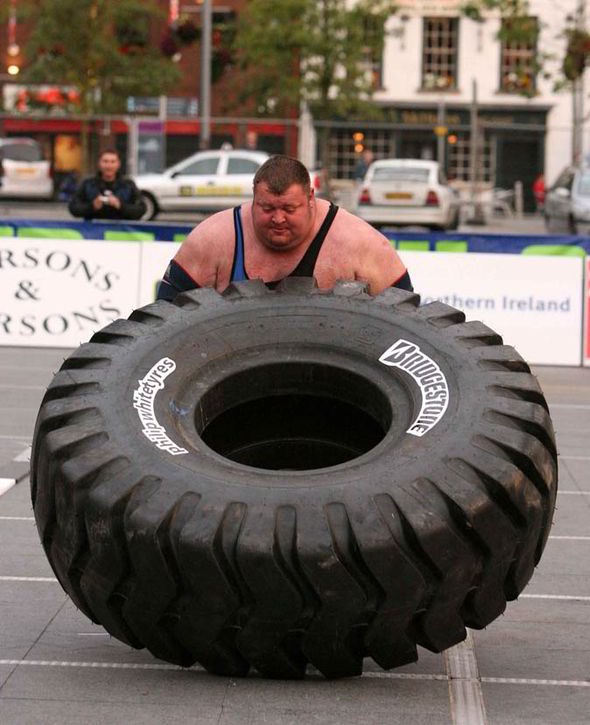 Wonder if he does Cross Fit ?

There are heavy ropes to wiggle, TRX to dangle from, bars and platforms to dip and push up off and kettle bells to swing with gay abandon. Everything ideally performed intensively for one minute before you move on.

So that’s Cross Fit……. Blah blah blah how much have you heard it mentioned lately. It pops up on my Facebook feed, it’s always on the Running Bug feed, on Twitter, I suspect someone’s made some dosh on this new fad.

I’m an LCA, I’ve seen fitness fads come and go….I was there in a thong leotard and legs warmers. So not meaning to burst the Cross Fit bubble but I think you’ll find it’s generally called ‘Circuit Training’.

Look here’s my ‘gun’ …… Let’s see how it progresses 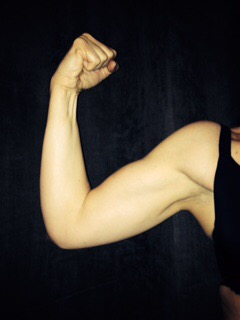